WHAT THE HELL IS FLARE? 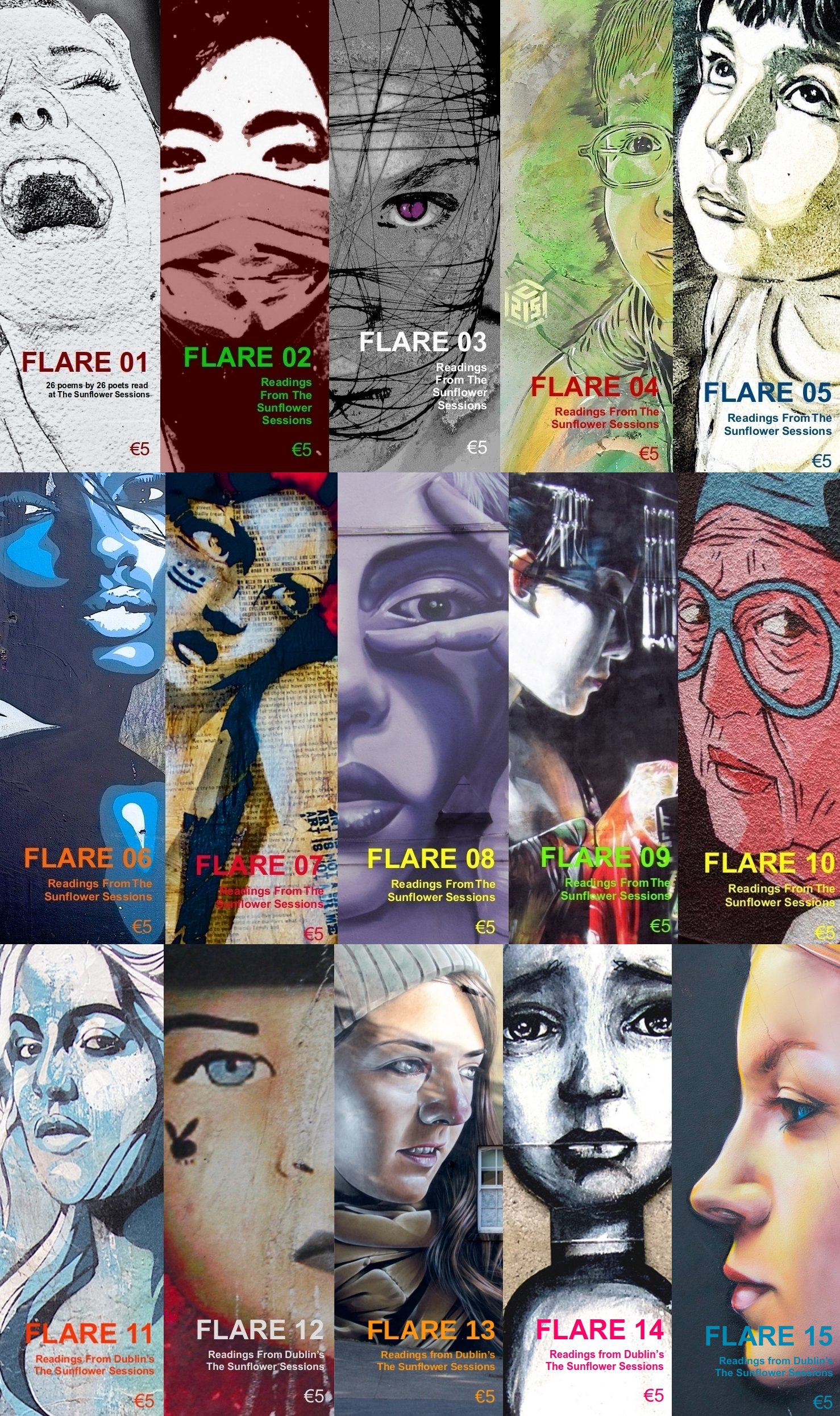 FLARE is a quarterly publication dedicated exclusively to poets and poems heard at The Sunflower Sessions.

Readings happen from 7.30pm on the last Wednesday of every month (January–November) at the top of The Lord Edward at Christchurch in Dublin.

NOTE: For the duration of the current epidemic, readings are suspended.

FLARE is a narrowsheet. That's like a broadsheet, only not so ... broad. The pages are folded tall and narrow, each creating a more intimate space to showcase individual poems better than a broadsheet would. That's the official theory: all according to plan. Alternatively there is a rumour that an A4 document, with all the poems for the first issue lined up in two columns, happened to get folded in half and stuffed in the editor's jeans back pocket on the way to a meeting about formatting with the publisher and just came out folded like that, causing the editor and publisher to nod and say ‘Sure that‘ll do grand!’, saving us the effort of thinking further about a format. The accidental theory of evolution.

FLARE is edited by Éamon Mag Uidhir and its publisher on behalf of The Sunflower Sessions is Declan McLoughlin. When he's not fretting about deadlines and such, Declan wears another hat as the provider of photographs of exciting street art, which are then cropped to create the publication's distinctive covers. Among the well-known Irish and International muralists so far featured have been Eddie Colla, C215, Pawel Iljin, Kathrina Rupit, DMC, DANK, Solus, Smug, Daniel Wilson and now @whomirony. But Declan wears yet another hat, as MC of the Sunflower Sessions readings, which he invariably executes with aplomb, elan, erudition, eclecticism, enthusiasm, even alliteration. The consummate Renaissance man.

Dear to FLARE's heart is the implementation of gender balance among the contributors. As of FLARE 06, all issues have had at least 50:50 female-to-male ratio.

FLARE and the Age of the Narrowsheet [Irish Times]

FLARE editor interviewed on Near FM